Alzheimer’s disease is one of the leading causes of dementia and is very common among older adults. It is basically a neurological disorder that results in the shrinking of the brain and the death of brain cells. The condition is named after Dr Alois Alzheimer, who discovered it. He noticed changes in a woman’s brain cells who had died due to an unknown mental illness. He examined tangled bundles of fibers and abnormal clumps that are still thought to be causes of the disease.

What is Alzheimer’s disease?

Here is everything you need to know about this disease:

The early Dementia signs and symptoms may vary from person to person. Our brain changes exactly the way our body does as we age. A slight weakening of memory, confusion or slowed thinking are a normal part of aging. However, Alzheimer’s disease begins by damaging the brain area that affects learning. Its most evident symptoms include: 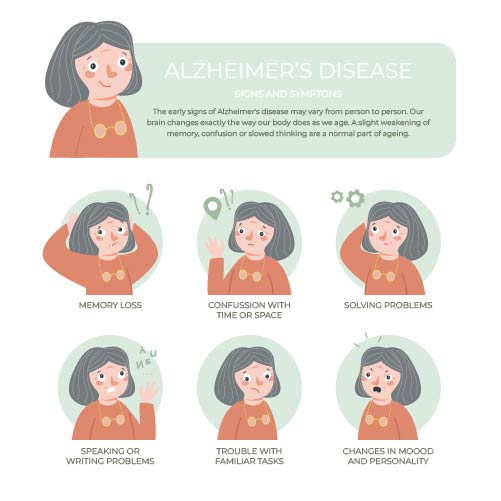 Memory loss is one of the significant symptoms of Alzheimer’s disease and appears in the disease’s early stages. The person starts forgetting the newly learned information, dates, and events—the need to rely on memory aids such as sticky notes and a reminder on electronic devices increases. The help of family members becomes crucial.

It often becomes to carry out daily tasks for people living with dementia. They find it difficult to recall the familiar location and drive there. Organizing a Meal Plan for seniors, paying monthly, or simply remembering the rules of their favorite game becomes trouble.

Losing track of time and location is among the signs of Alzheimer’s disease. People become forgetful of where they are or how they reached there. It becomes hard for them to remember the year, date, or even the season they are living in.

People living with Alzheimer’s find it hard to estimate the distance. They often fail to recognize colors and read. These symptoms deprive them of driving and doing their tasks like they used to.

Memory loss is one of the most common Alzheimer’s disease signs. People living with the disease keep misplacing their things by putting them in unusual places. They often accuse those around them of stealing their stuff as the symptoms of the disease progress.

Losing track of the conversation can be witnessed in people living with Alzheimer’s. They often find it difficult to continue talking or keep repeating themselves. Also, they struggle with speaking, finding the correct vocabulary, and naming everyday objects.

Alzheimer’s patients quickly lose their focus on work and social activities. They find it very hard to hold conversations. 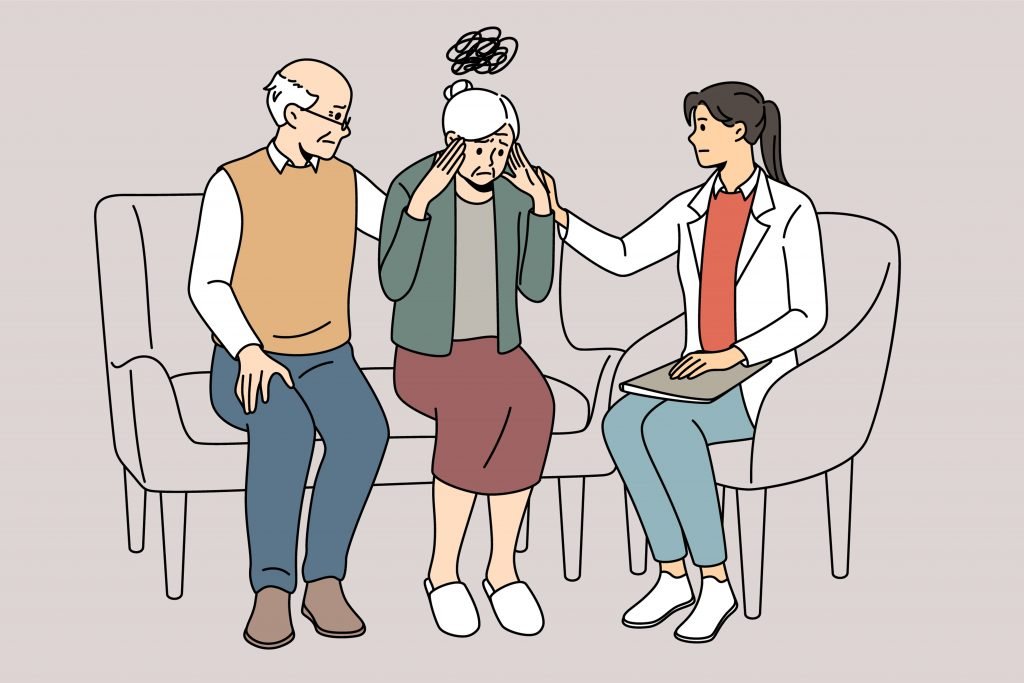 Some scientists also believe that Alzheimer’s disease is caused by different genetic, lifestyle and environmental factors.

The damage usually starts from the part of the brain that controls memory. The process of brain damage begins way before the symptoms become apparent. However, the loss of neurons happens in a predictable manner, and during the late stage of the disease, the brain shrinks significantly.

To better understand the causes of Alzheimer’s disease, researchers are focused on the role of two proteins:

Tau protein is specifically essential to brain health as it carries and transports important material and nutrients to the brain cells that maintain their health. However, Alzheimer’s disease makes the tau protein change its shape and create a ‘neurofibrillary tangles’ structure. The tangles lead to failure of transportation of essential nutrients to the brain leading to their death.

Beta-amyloid is the main component of plaque found in the brain of a person who has Alzheimer’s disease. They disrupt the cell to cell communication and hinder the proper functioning of the brain. The plaques also consist of debris from other cells.

How to prevent Alzheimer’s disease?

The complete prevention of Alzheimer’s disease is not possible. However, some lifestyle changes can help decrease the chances of falling prey to it and other health issues that can lead to dementia. Here is what you do to stay healthy:

Despite every possible preventive measure, it is always recommended by health and fitness enthusiasts and influencers to visit the doctor regularly. As we age, we become prone to developing major health problems. To be on the safer side, get your annual health checkup done to ensure that your body or brain isn’t showing any symptoms of a long-term incurable disorder like Alzheimer’s disease.